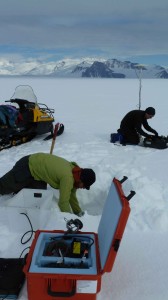 Reflection seismology is a proven technique for investigating subglacial environments. In our studies, bed type and location can be determined through the inversion of amplitude and travel times of reflected seismic waves. As has been done in many seismic reflection experiments in West Antarctica, we used small (~300 g) charges placed in 10-25 meter depth shot holes drilled with a hot-water drill into the firn or ice. Data was be recorded using a geophone array. 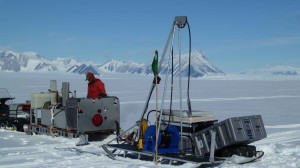 Max operating the burners on the hot-water drill before we drill the next hole. 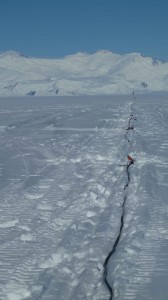 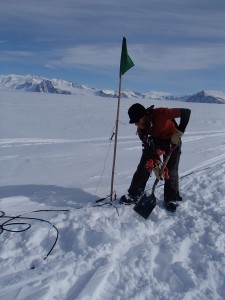 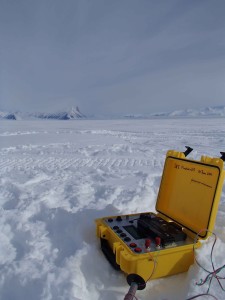 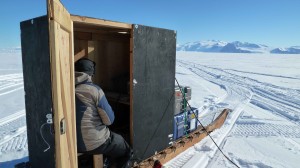 Paul stacking the charges down the hole drilled with the hot-water drill. After the charges are set in the ice they are fired off (with the small yellow shot box), while geophones are recording the signal. The cable laid out on the snow connects 60 geophones that have been buried into the snow, and the data are recorded using a computer in the seismic laboratory.