I was optimistic for a timely put-in to our field work, but not unexpectedly we are waiting a few days for weather, planes, and destiny to cooperate. This gives time to reminisce about last year’s put in. First we will go to a location called “Central Transantarctic Mountains”, or CTAM. This was a base of science operations a few years ago, and now has been maintained as a skiway and fuel cache. We have equipment cached here from last year.

We will arrive at CTAM by LC-130 ski-equipped airplane, and then take 1-2 days to shuttle our gear and ourselves to the field site on Beardmore Glacier. Last year when we arrived at CTAM we were the first team in for that season. In this situation for open-field landings (and takeoff) the 109th Airlift Wing of the New York Air National Guard uses a jet-assisted takeoff (JATO) rocket system for takeoff at the field site, this is shown in the photos below. It was an incredible sight to witness this takeoff, and it is likely that they will be equipped with it again this year so that the plane does not get stuck. 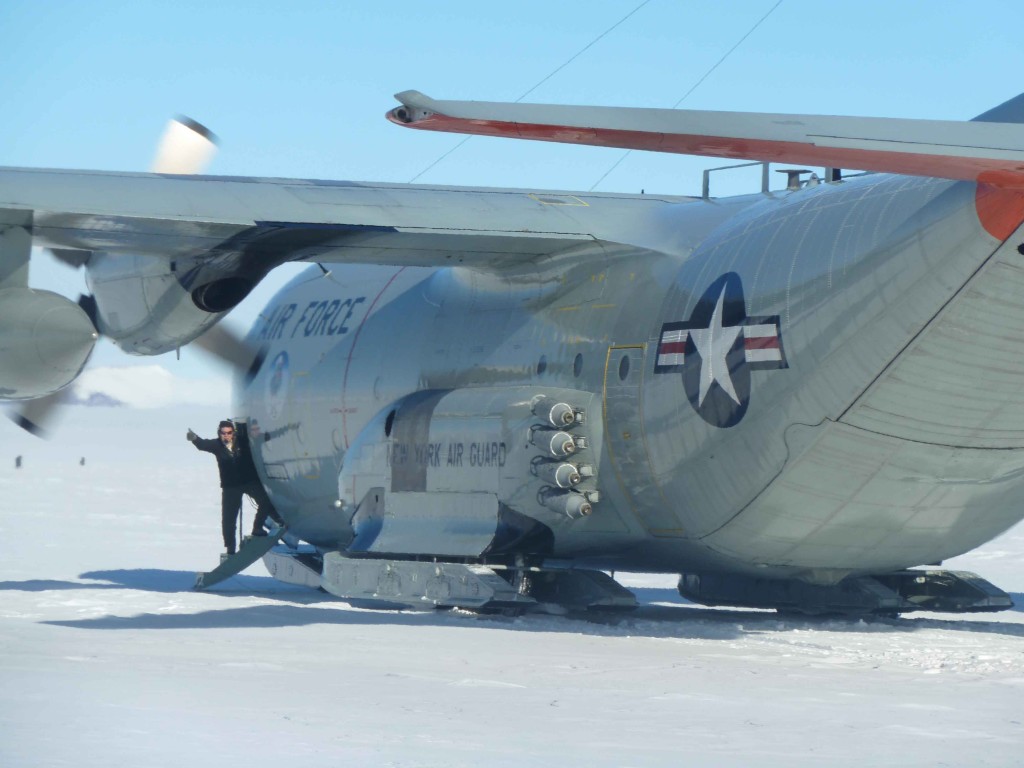 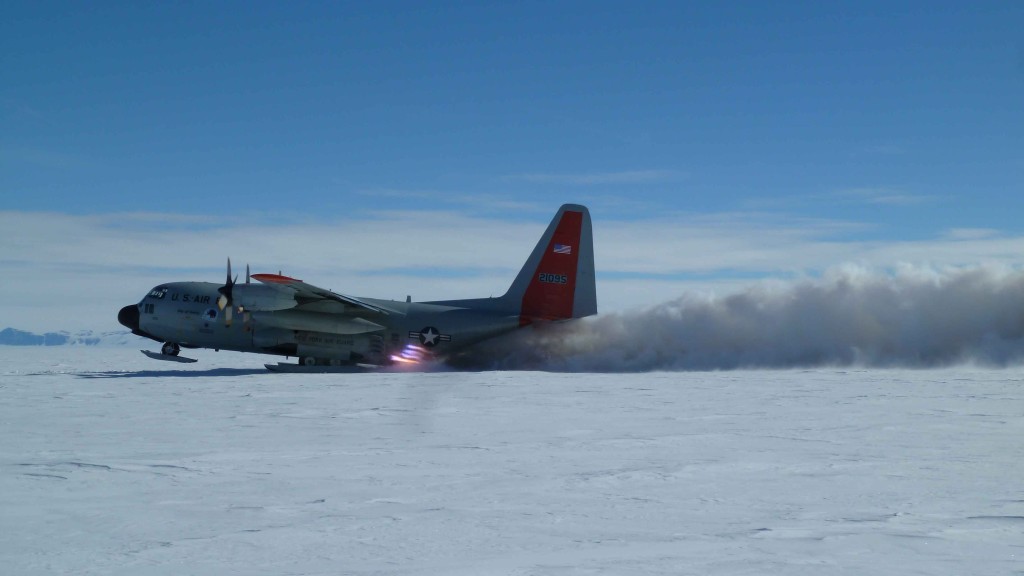 I added this photo from 2013, where the Air National Guard did again use JATO to ensure a solid take off from CTAM. We had a great view, until the smoke cloud descended over us… 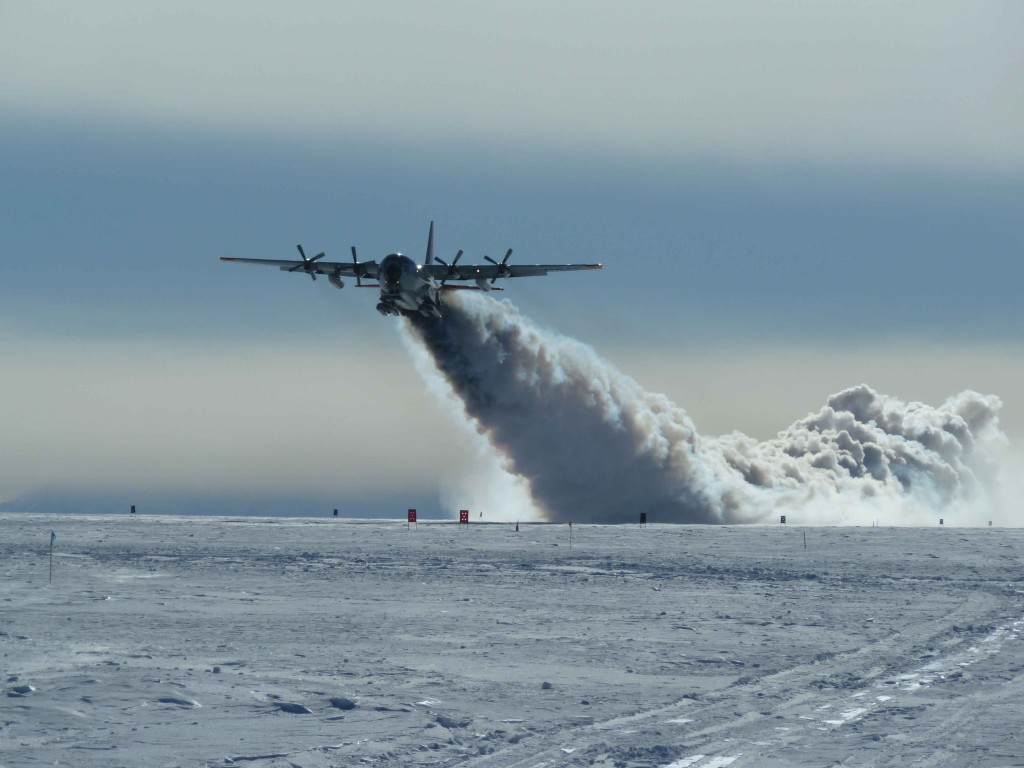 Rocket assist takeoff from the field site in 2012.