The next major US-led drilling program is going to be at the South Pole for an intermediate-depth ice core (to ~1500 meters depth and ~40 ka). The drilling will start this southern hemisphere summer — progress will be posted as the drilling begins. Low annual average temperature (-50˚C) and relatively high accumulation rate (8 cm a-1) due to the influence of West Antarctic air masses make South Pole ideally suited to preserve atmosphere trace gases and to record climate interactions of the West and East Antarctic ice sheets. The website of the project is here: http://spicecore.org/

The ice core will be called the ‘SPICE’ core, for South Pole ICE core.

The drill is based on a design of a Danish drill called the ‘Hans Tausen drill’. I assisted a drilling team in Greenland at the NEEM site using this drill for a 400 meter ice core. 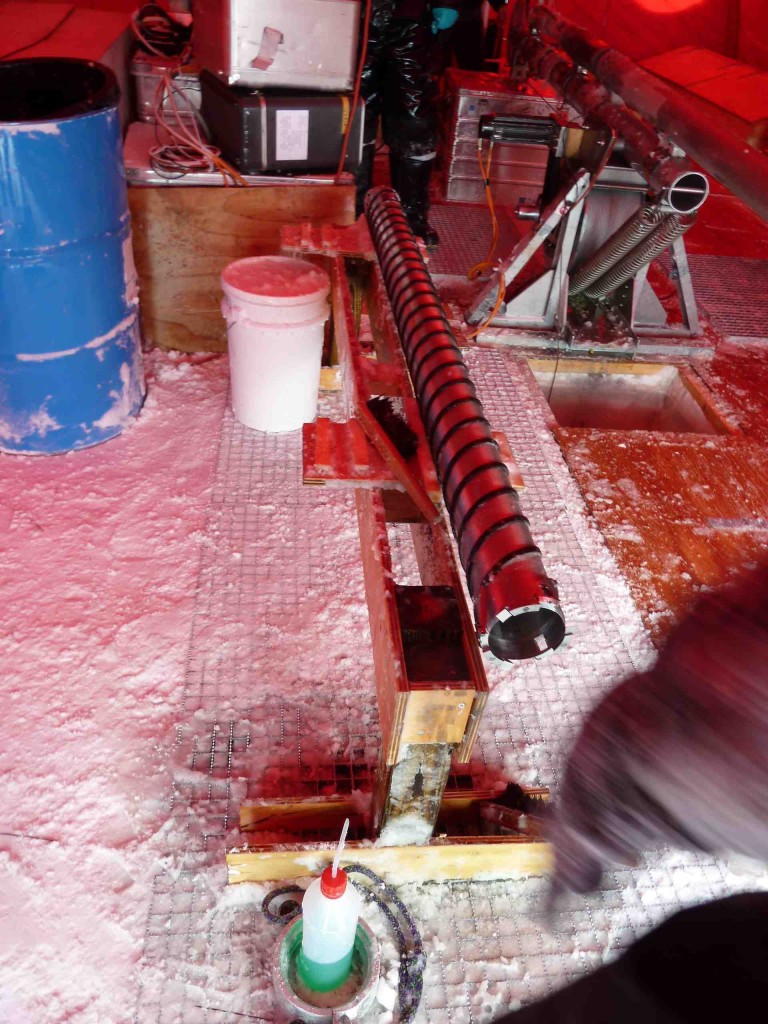 Below is a photo from that drilling experience.